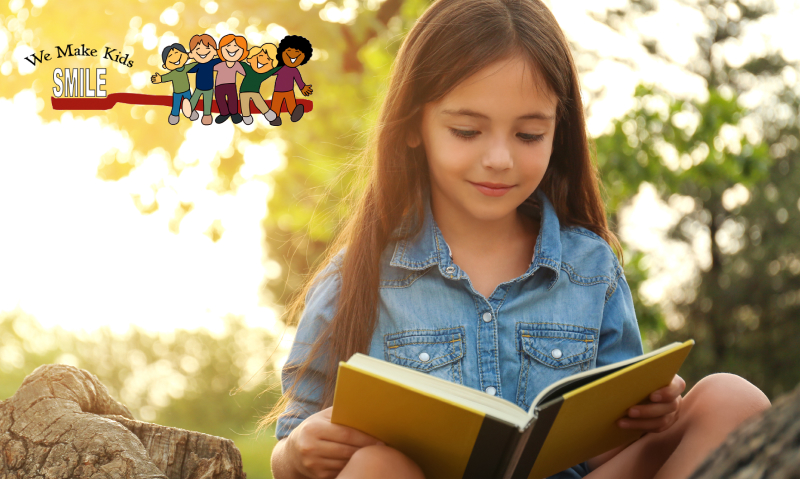 Feed your children’s imagination as they devour the words and images in graphic novels.

Summer’s coming and you know what that means? Your kids are going to be out of school and looking for things to do. Rather than spending hours in front of the television, try sparking their interest in books. Graphic novels are a great way to do that since the images in the books help to feed their imagination as they devour the words.

Here are our top graphic novels to get you started!

1. Percy Jackson and the Lightning Thief

You might recognize Percy Jackson and the Lightning Thief since the movie rendition of this novel came out a few years ago. However, kids are still enthralled by the tale of the young boy who discovered he is the son of Poseidon.

His quest across the country ultimately leads him to the gates of the Underworld (aptly, a recording studio in Hollywood). Can he make it in time to avert a war between the gods?

Calamity Jack is a fun twist on the classic story of Jack and the Beanstalk. Aided by his friend Rapunzel (who has some pretty wicked braids), he goes on an adventure to save his beloved city from the evil giants.

3. The Trials of Apollo

Do you think your kids are facing teenage angst? Imagine being a god banished to earth to live as a teen boy!

After angering his father Zeus, Apollo is cast down from Mount Olympus and must walk the earth as a mortal. Now, the 4000-year-old disfavored god has to navigate the world without getting killed by his many enemies—without his godly powers. Your kids will be captivated as they follow along through The Trials of Apollo.

Do you love it when an action-packed book is also teaching your kids some valuable life lessons? Then you’ll love this graphic novel, Diary of a 6th Grade Ninja.

In this graphic novel, Chase Cooper is just starting a new school where he meets his cousin Zoe. He wants badly to get in with a group of ninja, but the ninja play a mean trick on Zoe. Now he needs to decide who he will side with.

On her first day, she trips into a quiet boy and breaks her first rule. Now she’s been noticed by the mean kids. She handles the situation by being mean to the boy herself but struggles with the way she treated him. Things are awkward enough, but it gets even worse as her newfound art club friends face off against his science club buddies.

Does your child love the thrill of racing down the slopes on a snowboard? Do they also love to read? Combine the two interests with this thrilling story of two snowboarders who couldn’t be more different in Snowboard Standoff.

One is rigid, efficient, calculated, and believes there is one best way to do everything. The other is far more open-minded. However, their differences of opinion make for a compelling story on the slopes.

7. The Last Kids on Earth

The Last Kids on Earth is about to be turned into a Netflix original series, so if your kids like reading a story first and then watching it, this is a great choice.

The action-packed book tells the tale of 13-year-old Jack Sullivan and his friends as they battle against the monster apocalypse.

In true end-of-the-world style, Jack is living in a treehouse armed with catapults and a moat for good measure. Of course, he’s living on a diet of Oreos and Mountain Dew (which the We Make Kids Smile pediatric dentistry folks might have something to say about). But the main question is, can they survive against the monster onslaught?

Let’s round out our list with an exciting adventure featuring female superheroes. Any book with a cast full of awesome names like Supergirl, Poison Ivy, Batgirl, Wonder Woman, Harley Quinn, and Katana is bound to be exciting.

In Finals Crisis, the superheroes have been trapped by the villain while studying for their final exams. Not only must they defeat the villain, but they must save Metropolis and still pass their exams. Are they up to the challenge?

A Summer of Reading Fun

Summer is the perfect time for climbing trees, riding bikes, hands-on activities, and reading good books when it rains. Stock your child’s shelves with any of these titles to give them plenty of material to enjoy all summer long!